This is the Con that Doesn’t End…..sing it with me!

Well, another Con has passed and yes, I had the time of my life.  Kind of sounds like a song, doesn’t it!  It is, if you look at it.  There is plenty of music that can be related to the Con.  All happy stuff too because attending the GCLS makes me feel so good!  I get my “fix” which is supposed to last for a year, but rarely does.


I flew this time with Con Duck, Lil Dutch and we picked up DC on a layover.   I arrived a day before the festivities began.  There were others already gathering.  There were familiar faces as well as new ones.  Let the annual hug fest begin.  What is great about the Con is it is like the last one never ended.  It is as if we just drove to a new place and met up again. 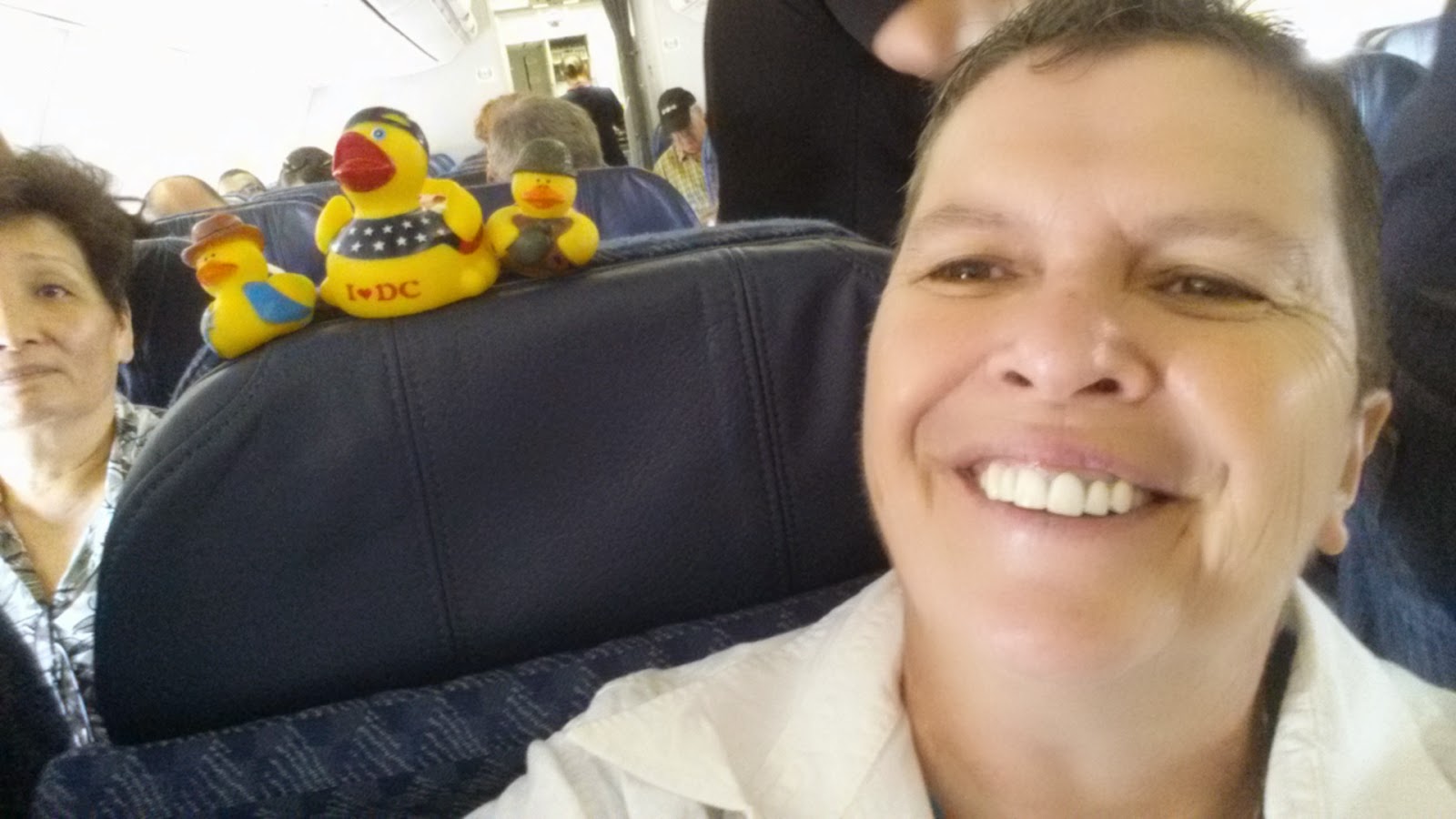 The fun part of everyday started with breakfast.  We had a large group at our breakfast table. A large, loud, laughing group.  No topic was off limits.  I think we shocked our poor server.  She had this shell shocked look on her face, daily. The staff gave her a reprieve after the first day and other servers came.  There was one faithful one.  He was a nice young man who had more femininity than all the women at the Con combined! 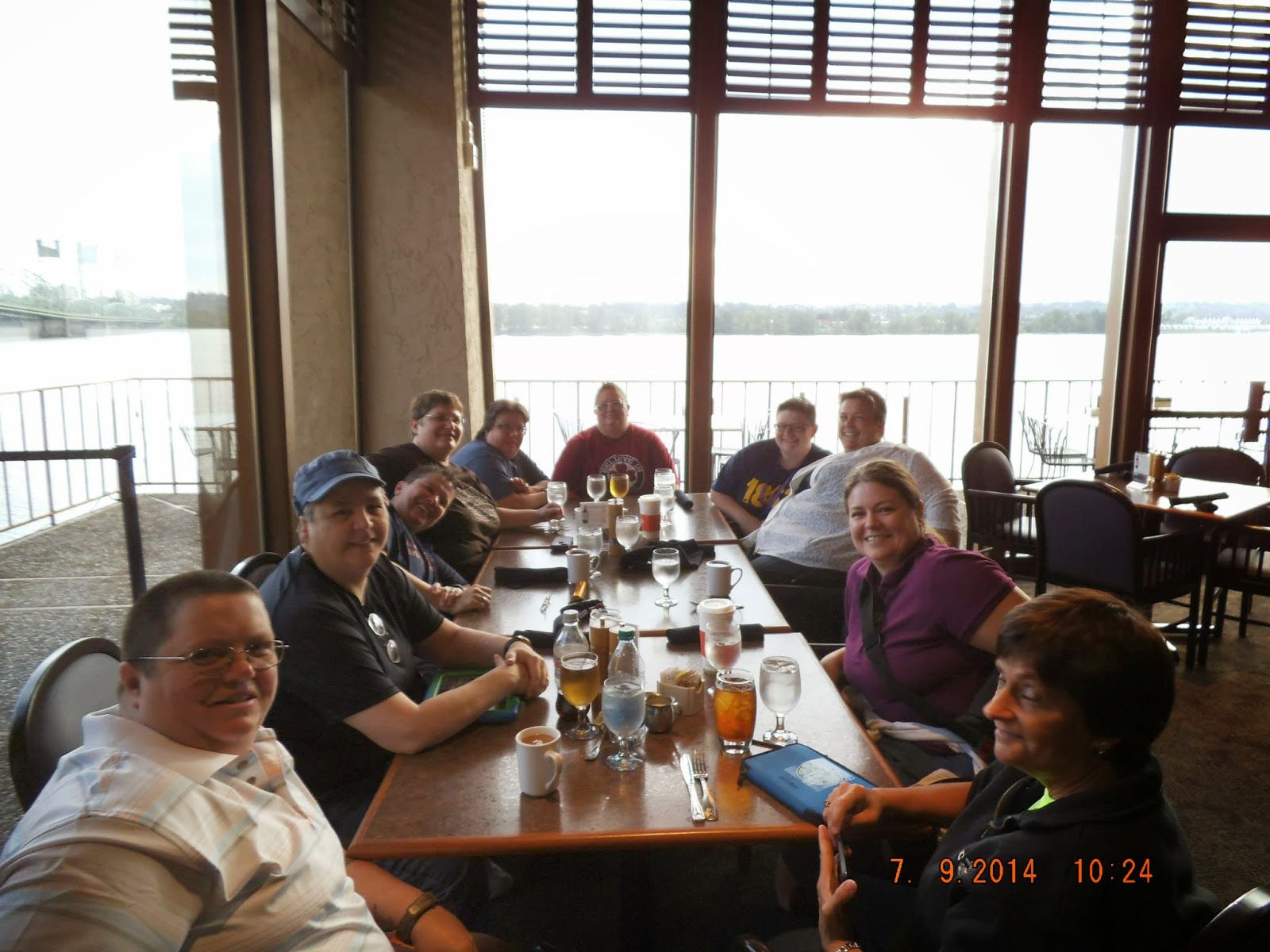 The days were filled with master classes, panels, author chats, readings, greetings and signings.  It was impossible to attend all of them.  Dang it!  I really wanted to.  I split my time between all.  I can’t say which one I like best because they all were great.  Each one had a special perk to it.  Being assaulted by tennis balls was one!  The bedazzle conversation during lunch break was an eye-opening conversation! 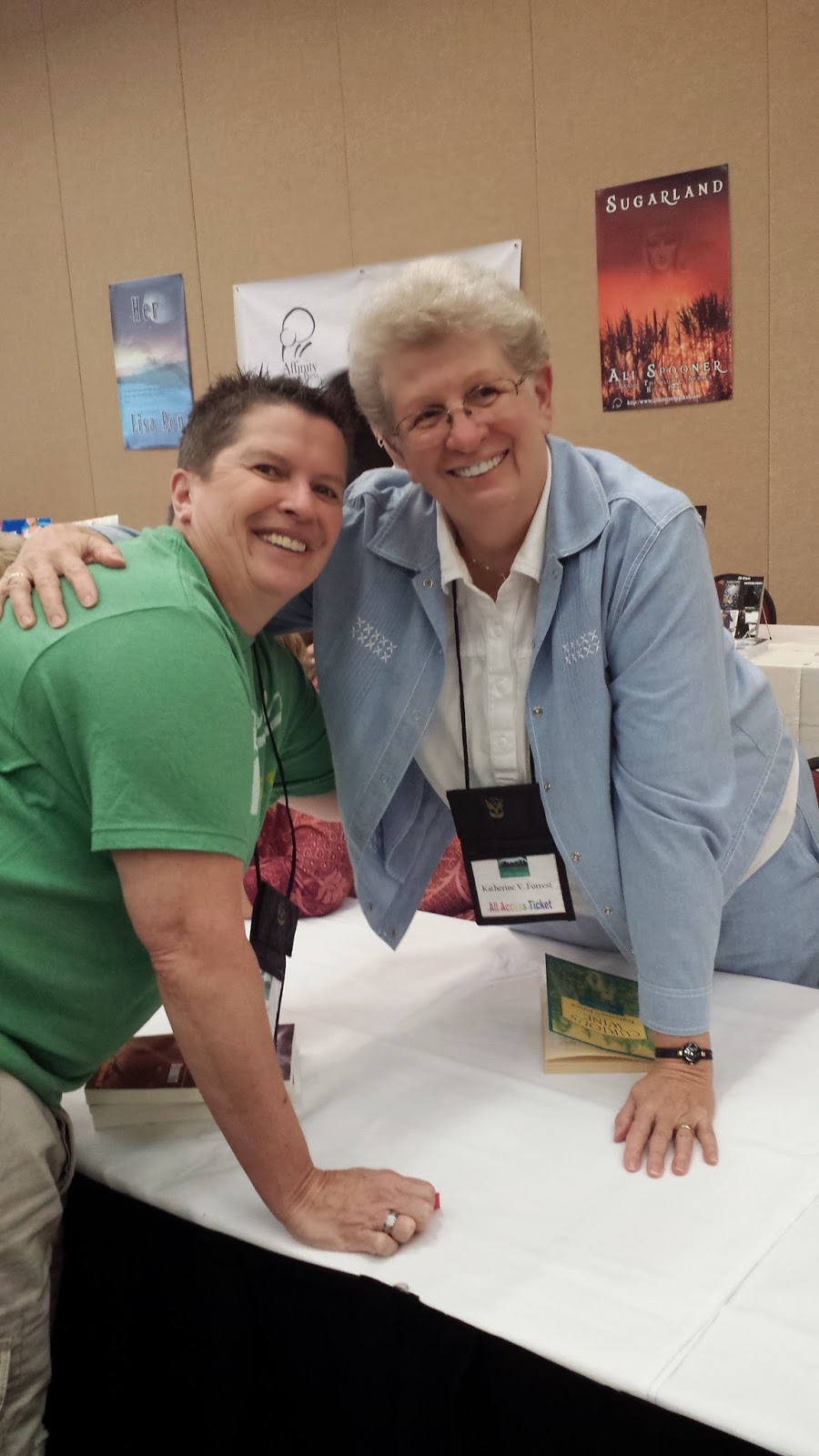 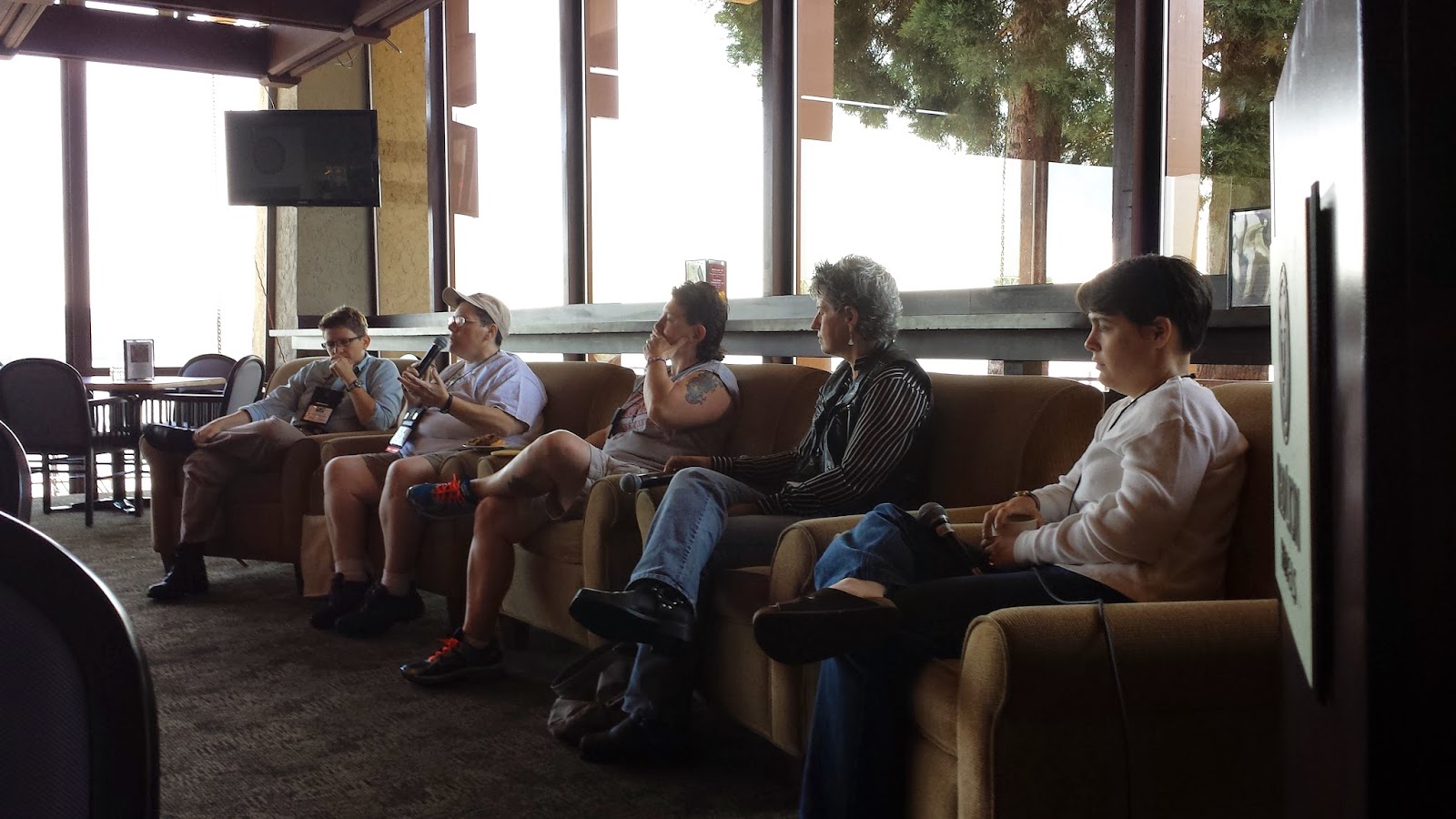 The night time was filled with dinners, fun, partying and yes, hugs and laughter.  All nights usually started in the lobby with interesting chatter.  One night included reviewing lessons from a very interesting book! Being a non-drinker has its’ perks.  Like telling really drunk straight women, “I am allowed in the girl’s room” and “No, I do not show my vagina to drunk straight girls.”  True story.  I was not offended, I thought it was hilarious. 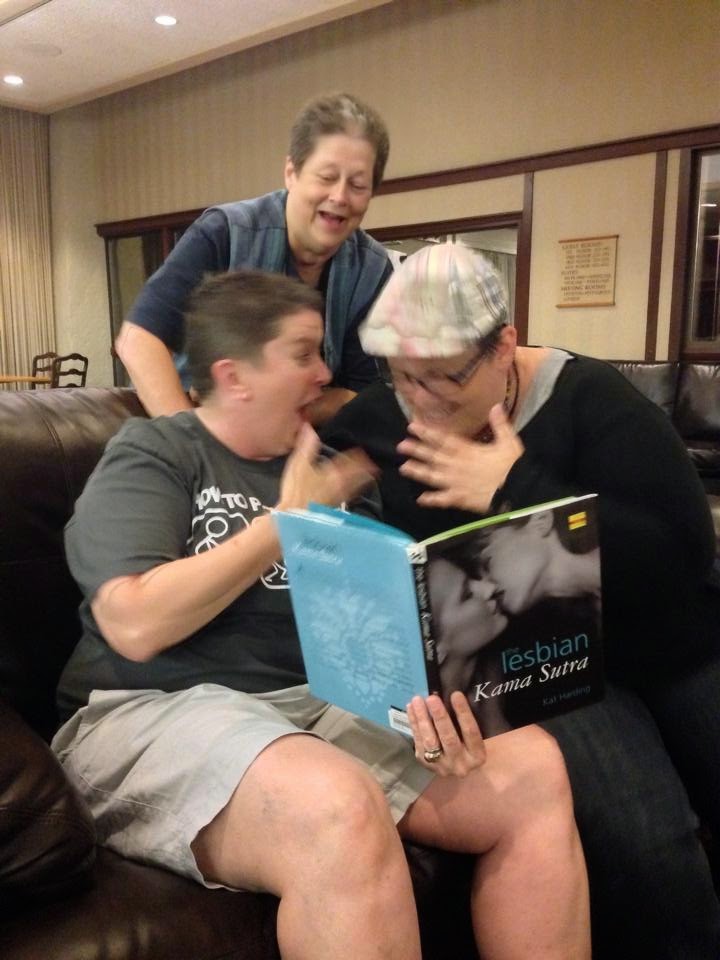 Karaoke was a hit! It was hippie night.  The tie-dye attire, peace signs and free love were all part of the program.  As per a tradition I started for myself last year, I danced with my very dear friend, Sheri.  She is a great dancer.  Then, it was on.  Dancing all night, but only to the fast ones!  I closed the bar with a few others!  Fun stuff.  I think I threw a hip! 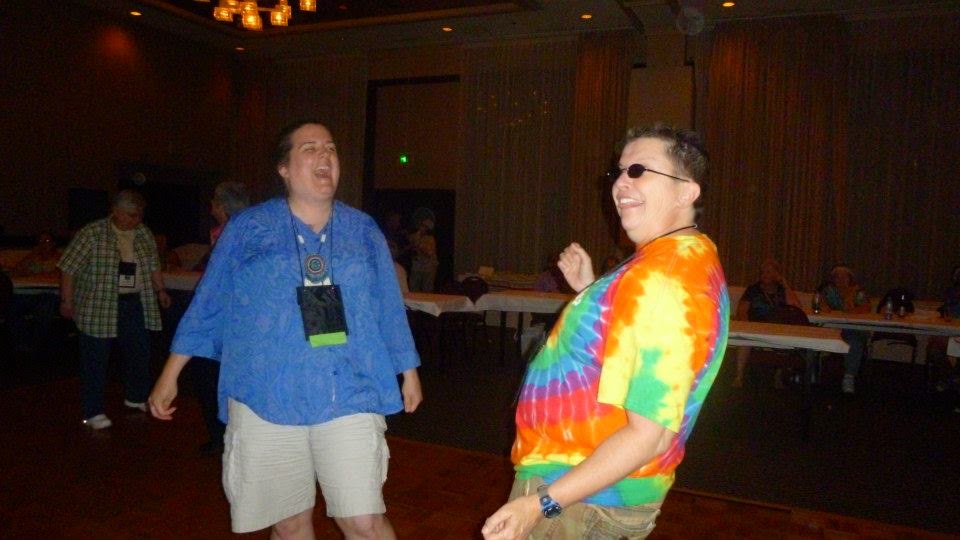 Awards night is always my favorite.  It is time to play dress up.  The ladies who wore dresses and fancy suits looked stunning.  The ladies who wore suits and other attire looked handsome.  Me, I rocked a tux!  I showed the picture to my Mom, aka The Kick in the Pants, and she said, “Wow, you can clean up good.  You actually look like a grown up!”  Congratulations to all the awardees and also to the nominees in the different genres.  What comes after the awards?  Dancing, of course! 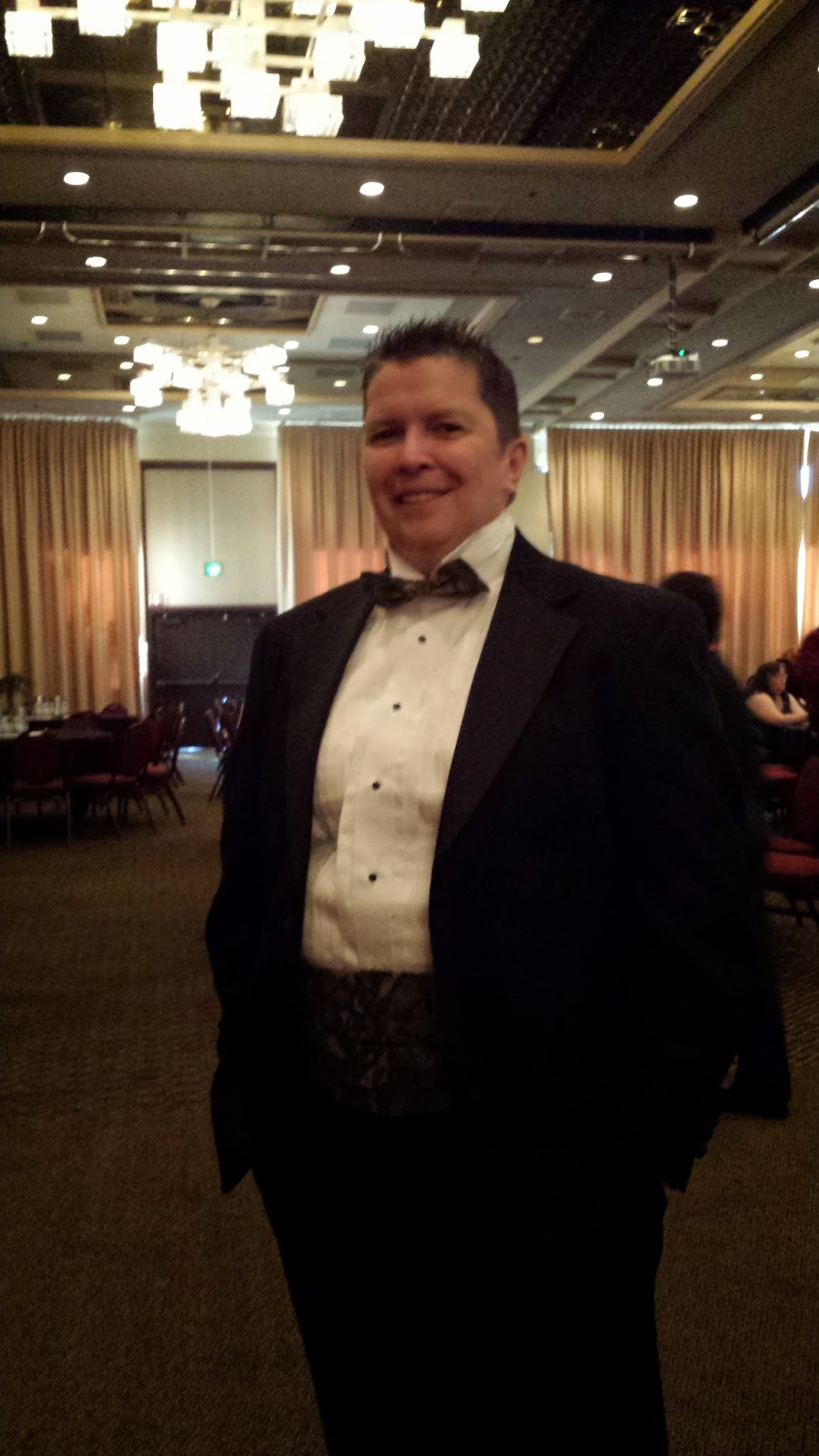 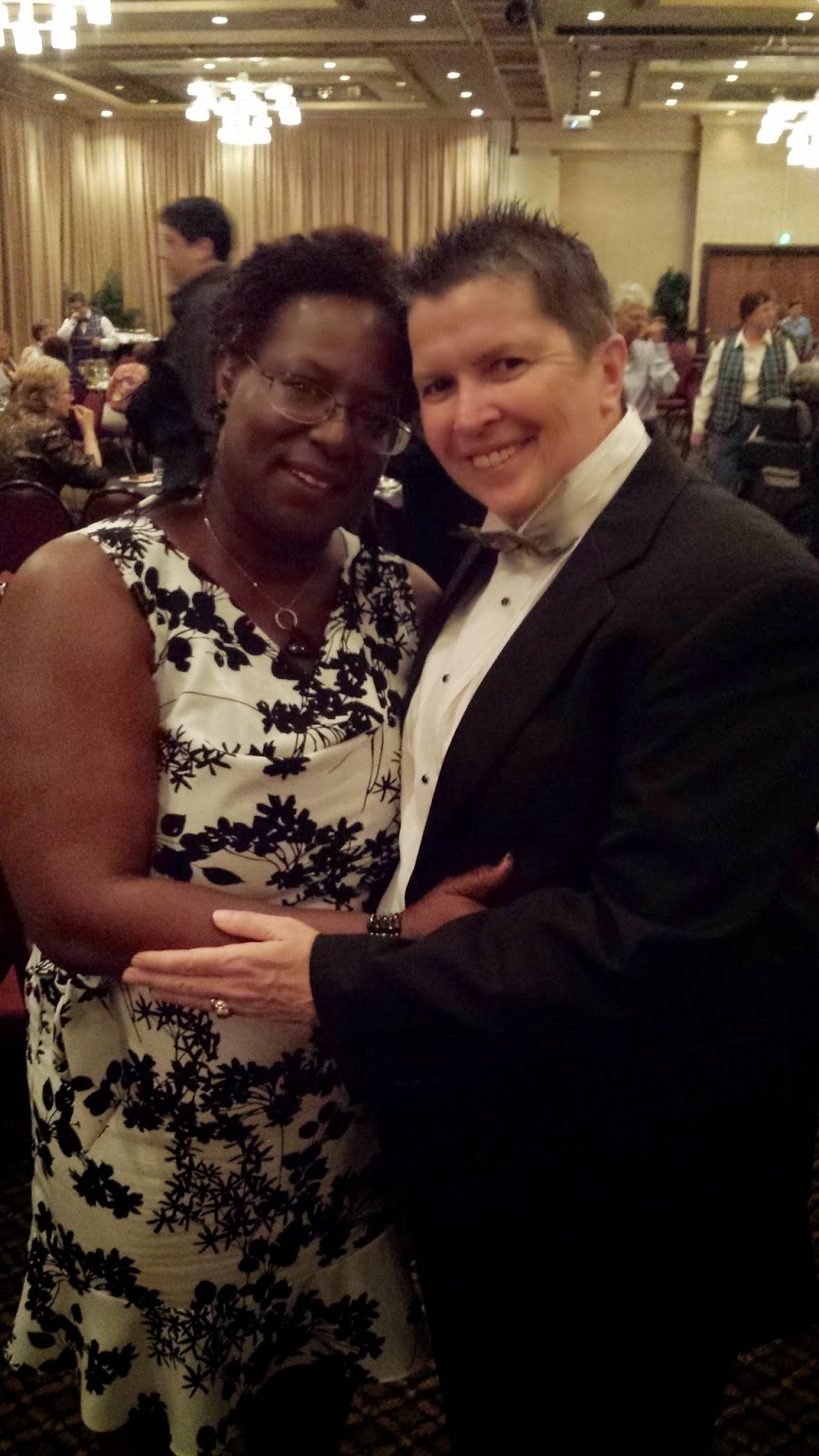 I danced to all but one song.  Half way through I stripped off the cummerbund.  A little while later the jacket came off.  By the end of the evening the tie was off too.  I was hoping for a few dollar bills, but realized all these women spent their money on books. Sigh.  The evening ended with me once again closing the bar.  Joe, the security dude, and I helped the DJ pack up her stuff. 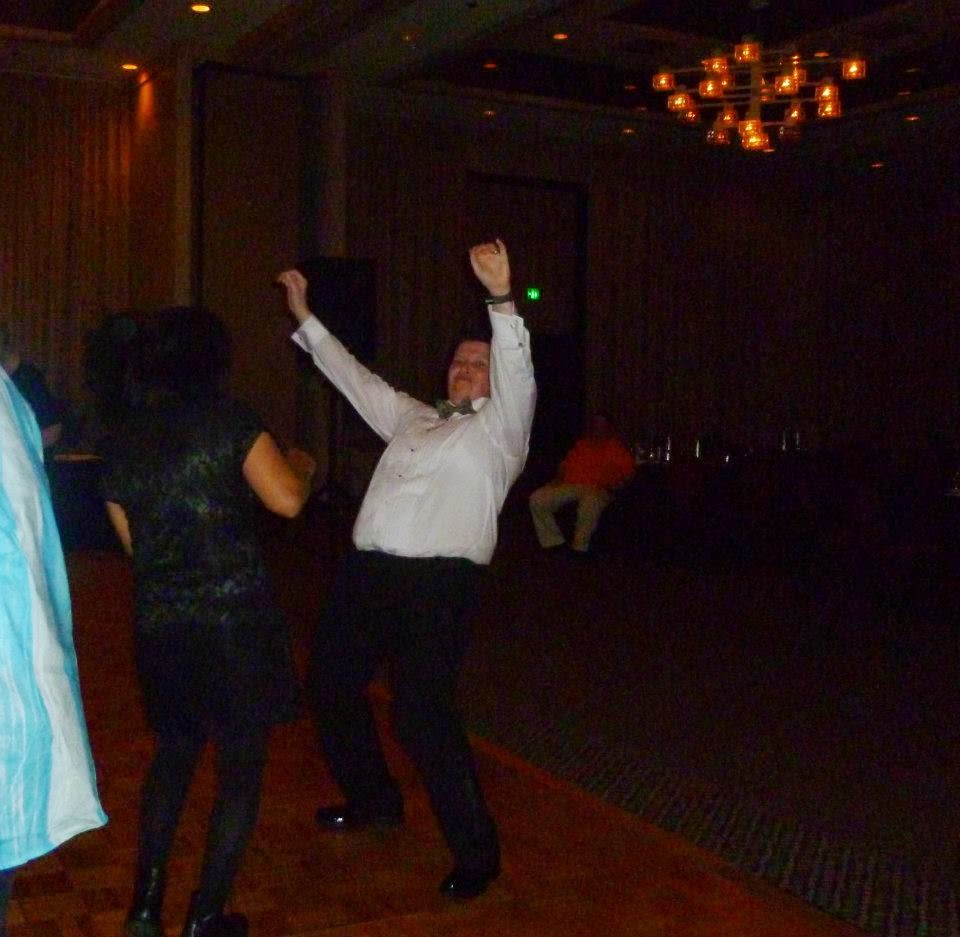 The last morning was full of hugs, laughs, helping each other with bags and reliving the Con all over again.  The coolest thing is, I posted a picture of myself and Katherine V. Forrest.  Well, a guy, an author, who I graduated high school with responded and said he edited books with her before.  I mentioned it to her while toting her bags to the airport van and she remembered him.  Such connections we have.  Amazing.  Ok, back on task.

This brings me to the conclusion of my blog, but not to the conclusion of the Con.  Like the title of my blog reads or sings (I hope you get an earworm), “This is the Con that doesn’t end, it just goes on and on my friend!”, we will all stay connected until next year and will keep talking about our adventures.
*NOTE* All of my Con Pictures are on my Facebook page...Go take a peek!

Until next time …….Dutch

Posted by MDeutcher at 7:06 PM